As part of the research requested by the French Superintendency to find the SARACEN submarine , we carried out an exploration campaign in May 2013 , detecting the presence of numerous other ancient and modern wrecks, all in the area off Capo Sagro in Corsica. 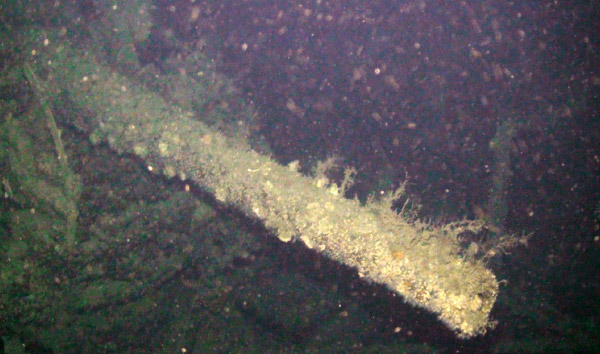 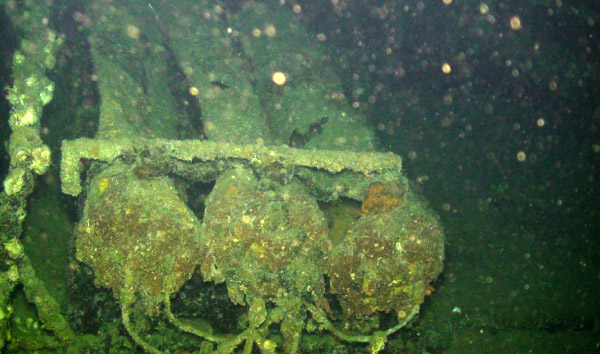 Wreck at -236 m summarily inspected as it presented an explosion where the PLUTO PALLA got entangled in one of the numerous nylon strings of longlines that are stretched between the twisted sheets. We managed to free the vehicle and we did not continue the inspection which was aimed at finding the Saracen.

Recent barge at -310 m. The clearly legible name.
Not having found the Saracen, we carried out another research campaign in September 2013.

Off the coast of Macinaggio at -100m we find a pile of scrap and objects that look like bombs. 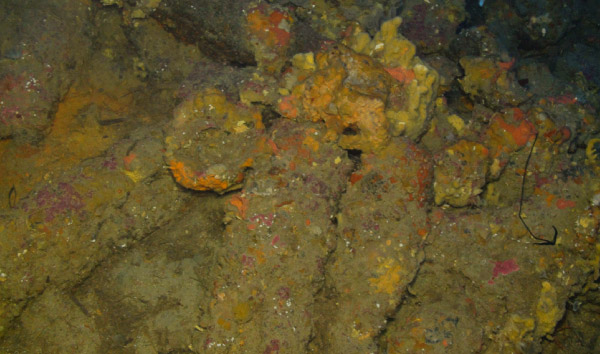 Also in the same area we find a recent boat. 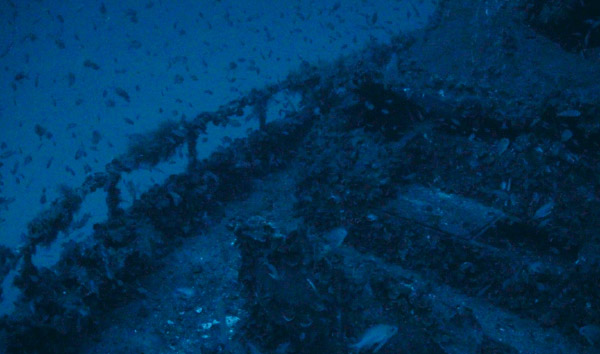 Near the point planned for the Saracen at -400 m appears a wreck with size and shape of a submarine. For a moment the thrill of success takes us, but then inspection reveals wooden parts unrelated to a submarine. We see a lantern scattered on the bottom. Recovered later by the DRASSM, it bore the name of the builder from Marseille and will allow Dr. Cibecchini to identify the ship as the BONAPARTE, a ferry steamer from the late 19th century. 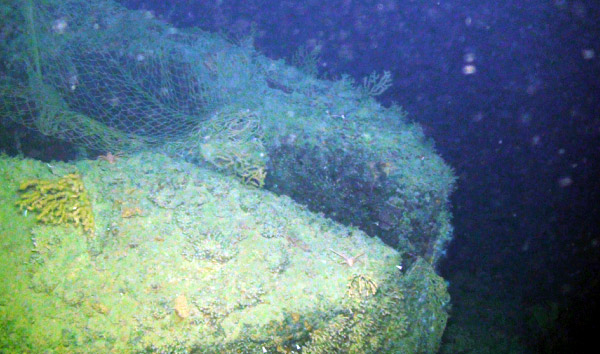 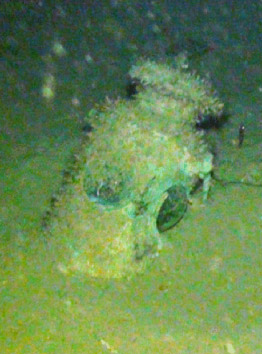 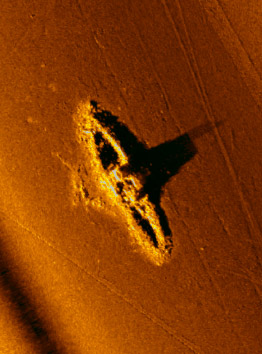 Found off Solenzara in Corsica in -150m depth. 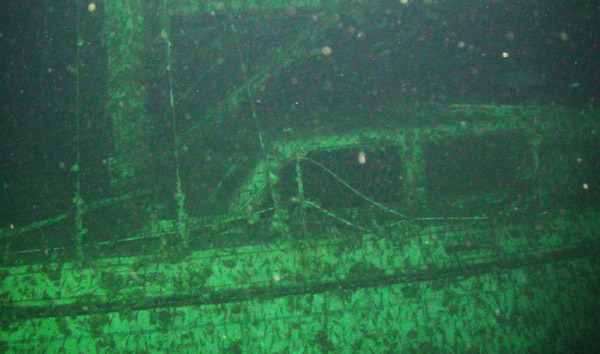 To the south of the Capraia at -425 m an iron wreck of at least 30 m in length has ropes on the prow and a fishing net on which white corals have grown. It could be a fishing boat that is at least 50 years old. The ropes have knots on a bollard and the corals that are also at least 50 years old are attached to the net so it does not seem to be a net of another fishing boat caught in the wreck. However, the iron has been corroded for a long time, the ropes and netting are nylon and the netting is machine-made like today's. Well ... there would still be some investigation ... 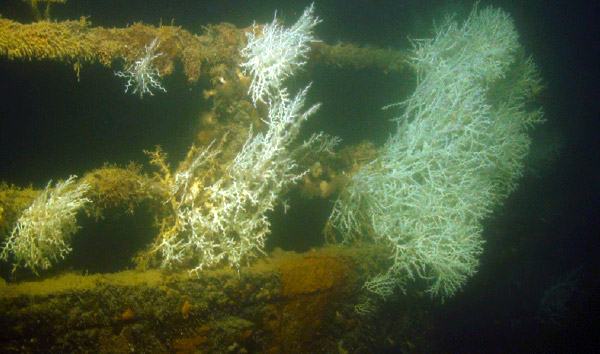 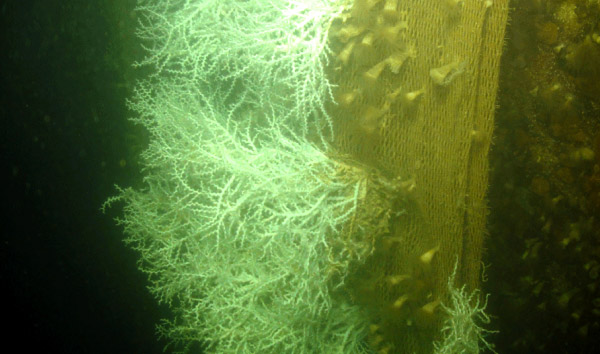 Off Bastia at -492 m a large bare hull without a bridge seems to date from the last war. 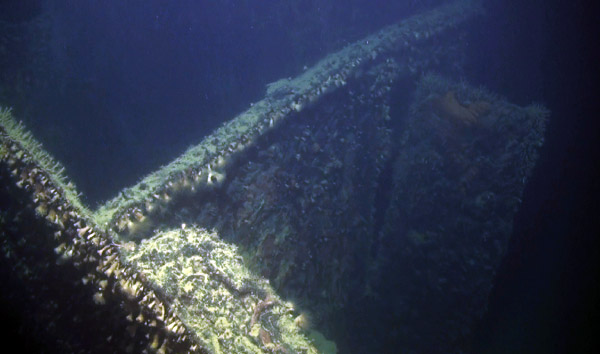 UNKNOWN 5 - STEAM IN IRON AND WOOD

South of Capraia at -370 m an iron wreck with a wooden deck still partially visible and a funnel for boilers. 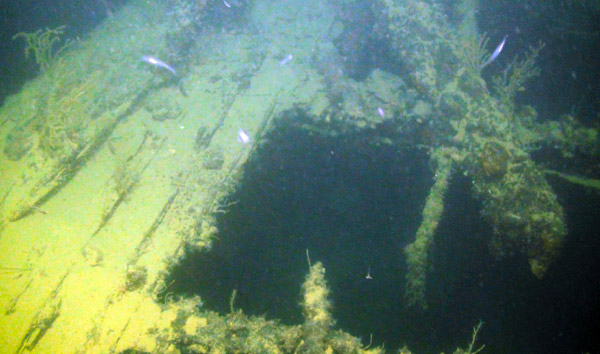 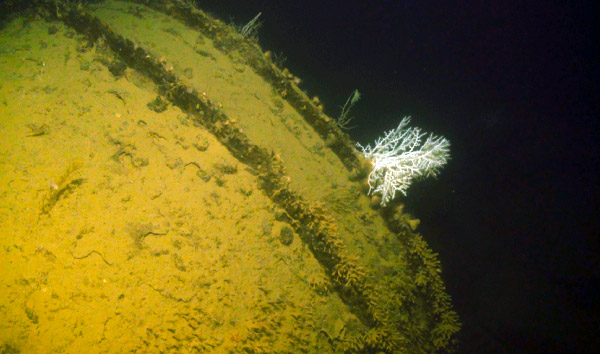 UNKNOWN 6 - SHUTTLE WITH NETS AND CORALS

Off Bastia at a depth of 417 meters a wreck of a non-military ship summarily inspected.
Nets with white coral and anchor winch 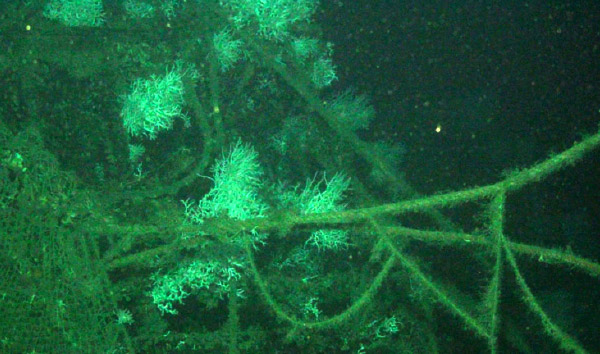 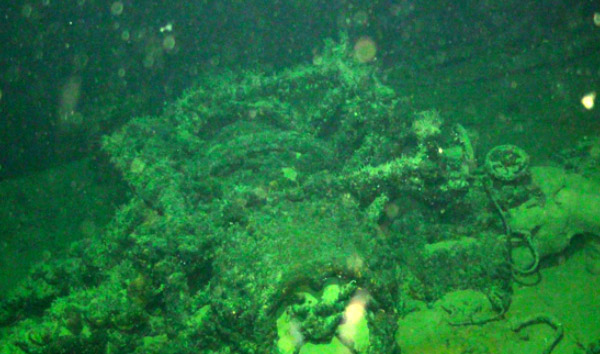 Off the coast of Capo Sagro in Corsica at a depth of 420 m, unidentified wreck with an iron hull in nailed plates and a disappeared wooden deck, dating back to at least 100 years ago (the wood is destroyed by organisms in 100 years ). The appearance is of a merchant or military ship sunk by explosion. 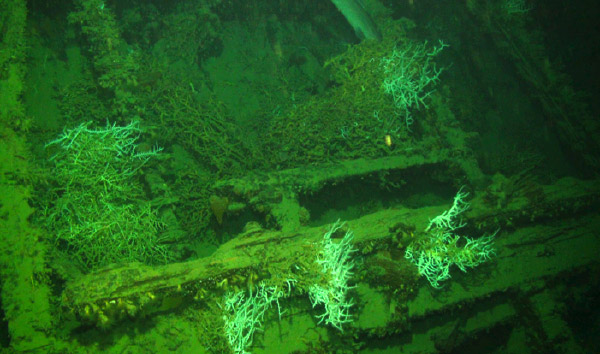 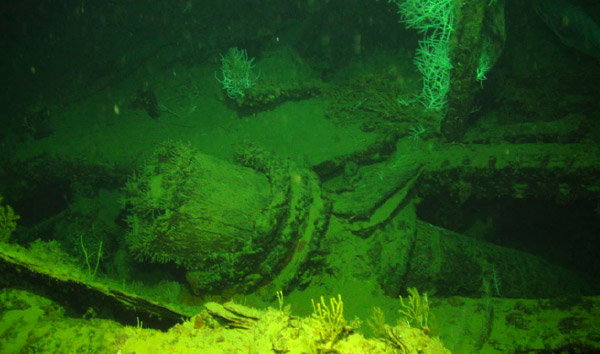 North of the Gorgona island at a depth of 590 meters.

To the WNW of the Gorgona island at 580 m depth lies the hull of about thirty meters of an ancient sailing ship.
The hull in spiked iron, the wooden deck, 2 masts and wooden bowsprit disappeared, the state of corrosion and the apparent absence of an engine suggest a sinking over 100 years ago. 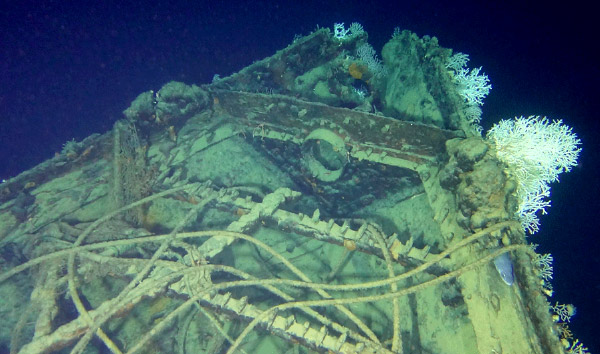 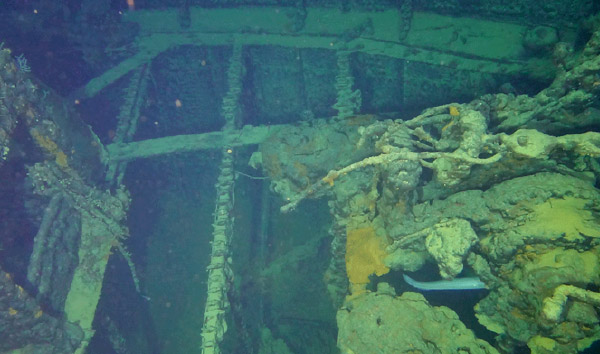 A few miles south of the island of Capraia at a depth of 180 m we found the wreckage of an English fighter plane of the Second World War, identified thanks to the particularities of an engine and trolley. 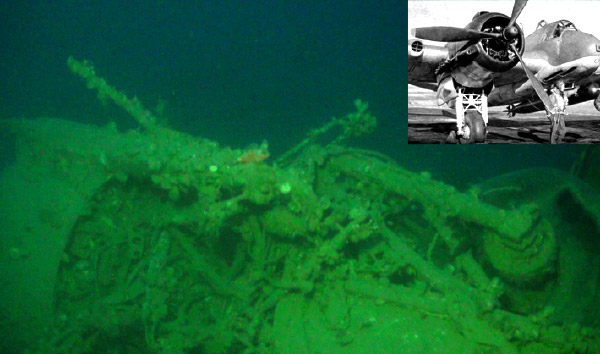 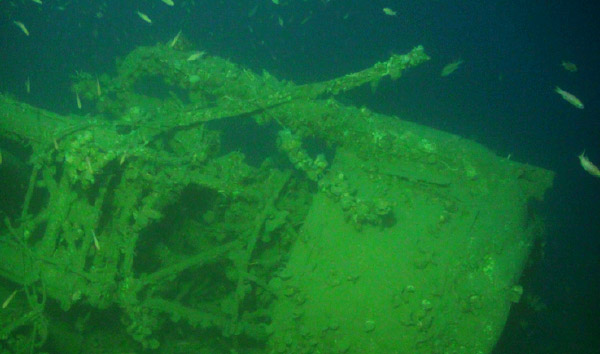